A fisheries officer approached me with a band recovered from a dead albatross found on 10 May 2020 at North Island, Houtman Abrolhos, Western Australia.

I have lodged this through the Australian Bird Bat Banding folk, but given the Covid 19 situation have had no response.

To any of my French Colleagues, are you able to identify the band and provide some information to the fishermen who found the bird? Images attached.

Please send details to me at
halfmoon.biosciences@westnet.com.au 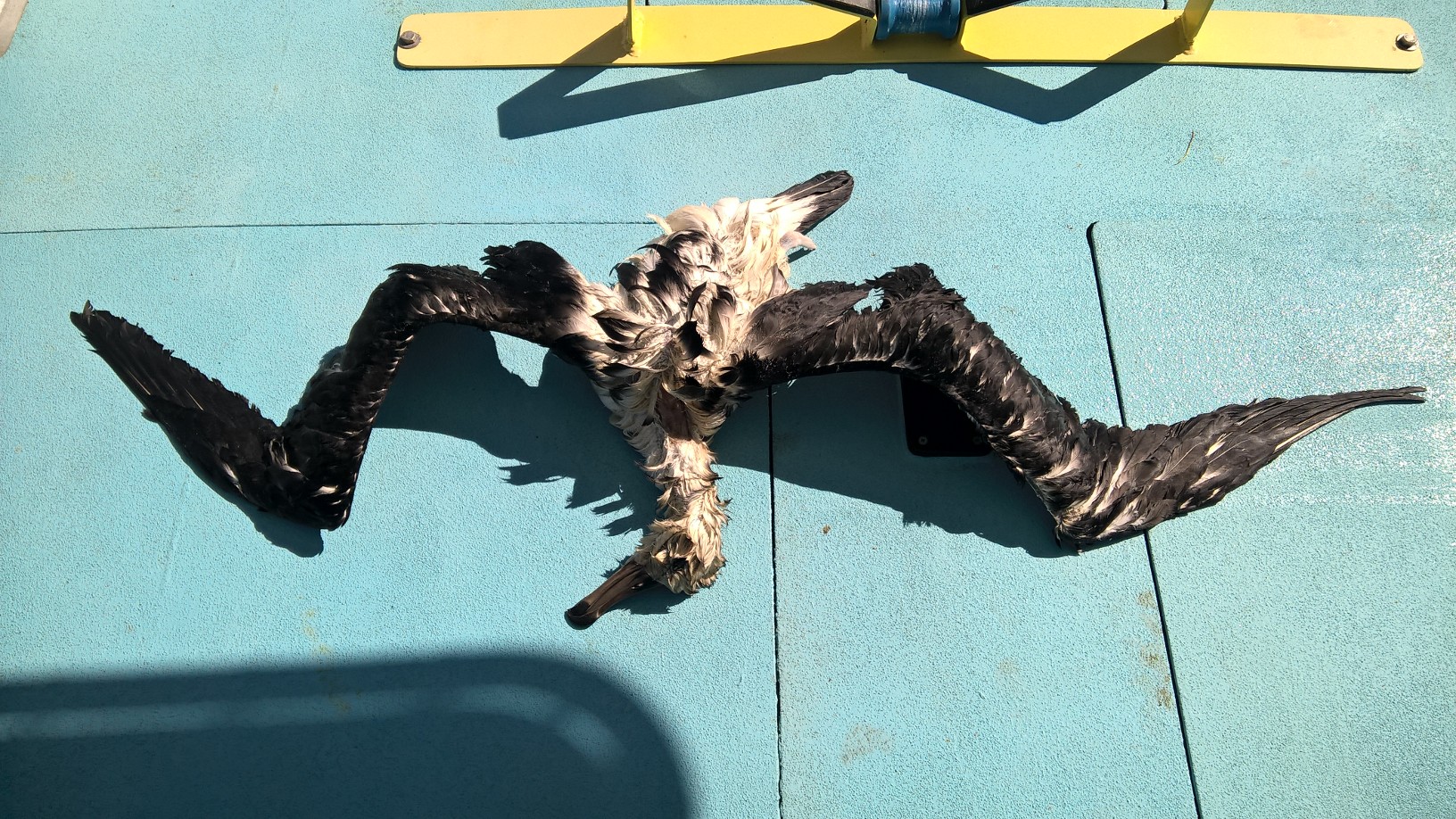 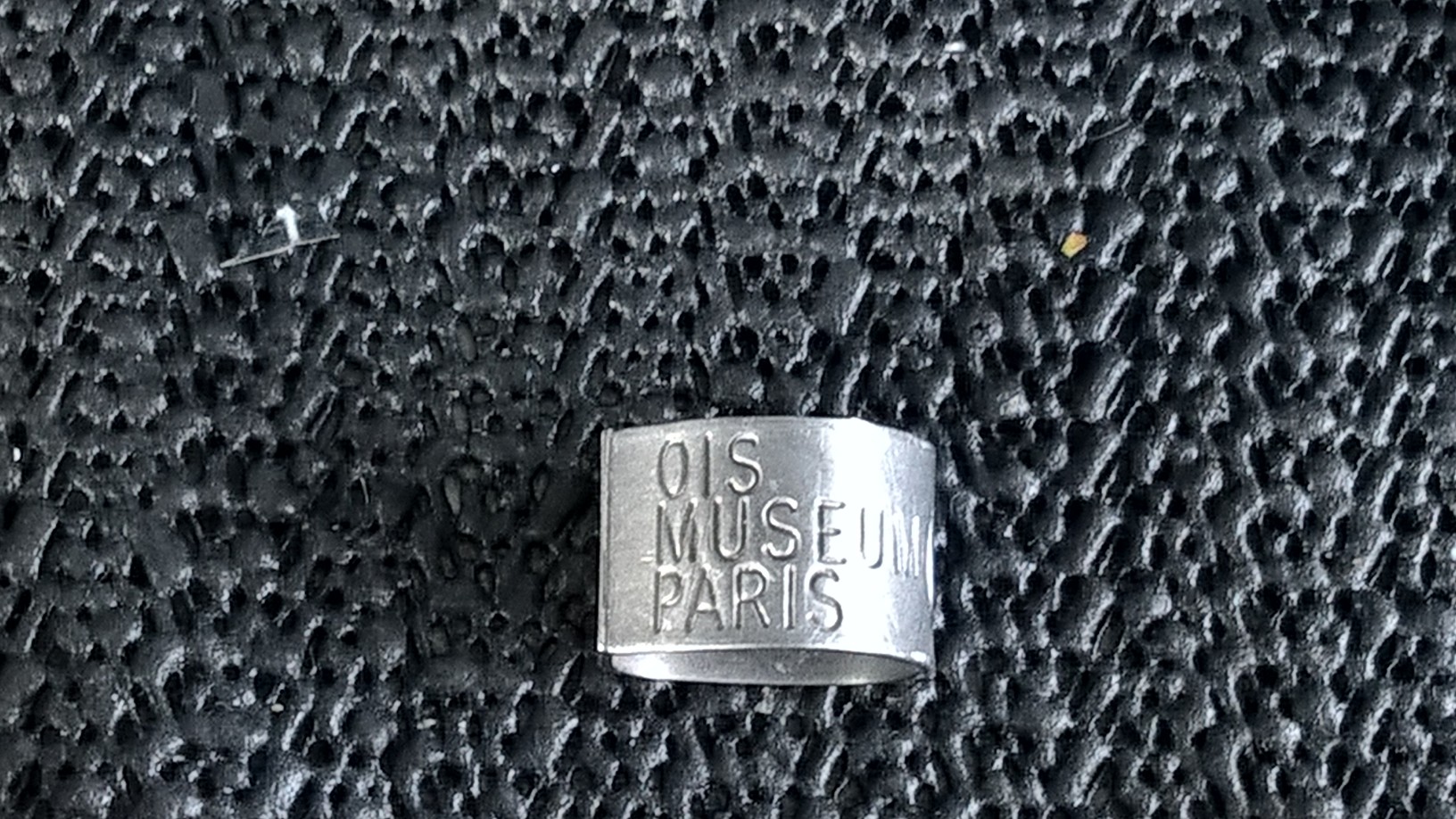 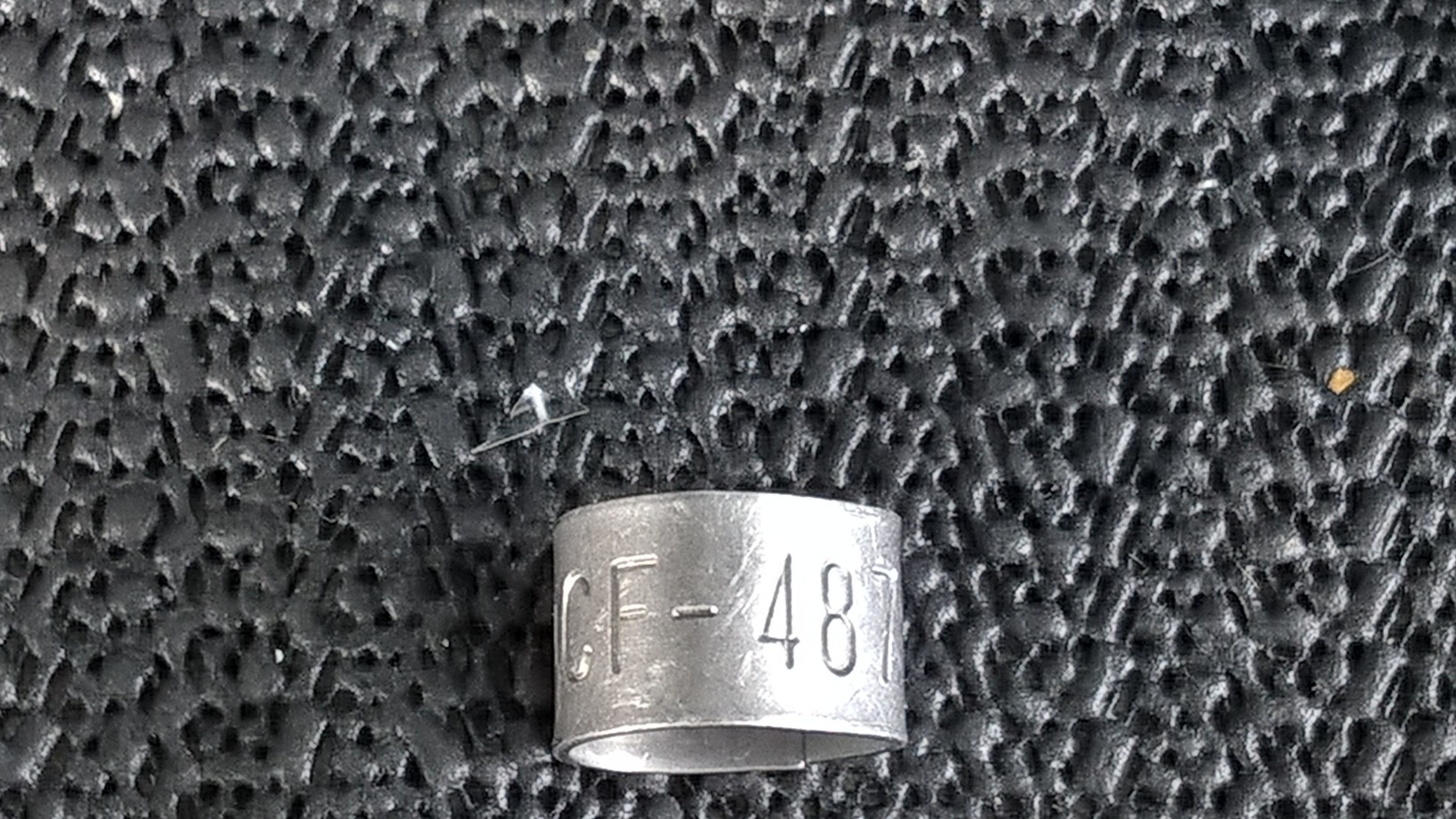 Dear Chris,
Many thanks for reporting this very interesting recovery of a dead black-browed albatross with metal ring CF48770.

I wonder if you have further details concerning the location 28°17'S - 113°35'E (North Island Western Australia) and circumstance of this recovery.

More information
The bird was found dead, washed in at the anchorage at North Island, which is on the east side of the island. 28 18 14.42S, 113 36 05.64E. The Abrolhos are a group of 195 islands 60km off the coast, with coral reefs and low lying islands. The continental shelf slope is just 12km to the west.

Apparently the fishermen Greg McDonald checked it out and only thought of telling the fisheries patrol when he saw them that it had a band on it. The Fisheries Patrol guy, Mark removed the band, and a few days later called in on me 50km south at my research station in the Pelsaert group at the Houtman Abrolhos. I looked at the band and new it was likely Kergeulen, and here we are!

The fishermen note that we get both Black browed and Yellow-nosed albatrosses at the Abrolhos during out winter months, the first usually in early May, and then they leave the area by October. The fishing industry is Western Rock Lobster, after pulling the lobster traps they discard old bait, and often shearwaters and albatross fight for the discards.